The First 50 Years of Success … 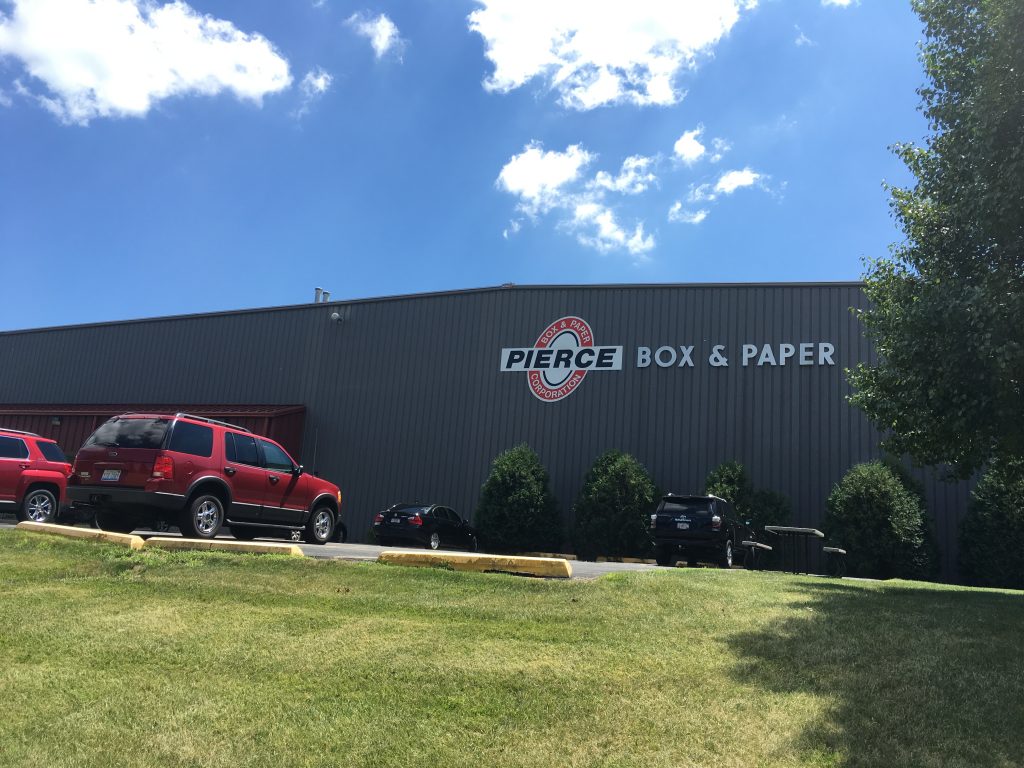 In 1953, Raymond C. Pierce, a determined entrepreneur, loaded the trunk of his car with Kraft paper and sold it door-to-door in Rockford, Illinois. With hard work and perseverance, his client base grew along with his products and services. By the late 1950’s, Pierce opened the first Pierce Box & Paper office on Water Street in downtown Rockford.

By the mid-1960’s Pierce took the bold step of buying the operation of one of his competitors. Increased business created the need for expanded facilities and additional employees. The company grew to a work force of 500 who served customers from four locations. The impressive client list included several well-known companies such as John Deere, Barber-Colman and Sundstrand.

In 1985, Lou Franchini, a long-time Pierce employee, purchased Pierce Box & Paper. Franchini moved the main business facility to 1505 Kishwaukee where it was located for thirteen years.

Its current location in Belvidere, a short ten miles from Rockford, was built for the company in 1998. Since moving to Belvidere, Pierce Box & Paper has grown by 30 percent.

Today, Gregory Franchini, owner and Chief Executive Officer, and John Menzies, President, guide the company as it again increases its client base, product offerings and services.

The majority of the employees at Pierce Box & Paper have been with the company through changes, moves and growth. It is this longevity – an average of more that 20 years per employee – that guarantees responsive, flexible, experienced service.

The mission of Pierce Box & Paper Corporation is to completely satisfy our customers by providing the most innovative and up-to-date packaging services and solutions by means of superior customer service, the highest quality products and competitive market pricing.

Pierce Box & Paper Corporation achieves this mission through dedication to core values exhibited by each employee: